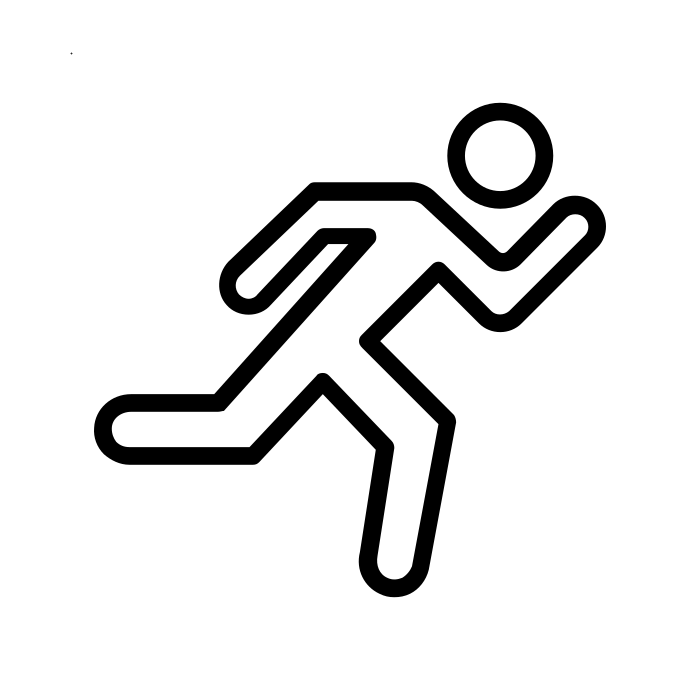 ITB syndrome is a fairly common problem, often associated with running. “ITB” stands for “illiotibial band”, which is a band of fibrous tissue that runs from the illium (on the outside of your hip) to the outer part of the knee joint at the top of the shin bone (tibia). The mechanics of the muscles inserting into the ITB means it is susceptible to overuse injuries, particularly if there are any weaknesses or faulty movement patterns involved. Pain will often present towards the outside of the knee where the band can rub over a small sack of fluid, called a bursa. Both the tendon and the bursa can get inflamed and cause pain, and this is frequently noticed towards the end of a run and after completing the run.
Treatment initially involves rest, ice, possibly accompanied by soft tissue release and/or acupuncture. This will quickly progress onto strengthening, stretching and functional training to ensure any underlying causes are addressed. Remember, do not run through the pain as it will only get worse. A little rest and treatment as soon as you feel it can get you back on track with your training as soon as possible.

Runner’s knee is not exclusive to runners. Also known as patello-femoral joint syndrome (PFJS) or patellar-femoral pain syndrome (PFPS), it is where pain results from inflammation behind the knee cap (patella) when it rubs against the bottom of your thigh bone (femur). Pain can be felt behind the knee cap, but it can also refer to the inside or outside of it (as well as above or sometimes below).

The inflammation tends to happen as a result of direct trauma (such as falling on your knee), prolonged kneeling over a period of time and frequently due to muscle imbalances. Normally the bottom of the femur has a groove that the knee cap fits into like a jigsaw in order to prevent it rubbing too much on one side of the joint. However, if muscles are too tight and strong on one side compared to the relatively weak ones on the opposite side it can cause the knee cap to get pulled slightly towards the tighter side causing friction and inflammation on one side of the joint. The most common presentation of muscle imbalance is strong and tight structures on the outside of your knee, such as the illiotibial band and lateral quadriceps muscle, and weaker, dysfunctional muscles on the inside of your knee so the knee cap can get pulled towards the outside of the patella-femoral joint.

Following diagnosis of Runner’s knee, the pain is initially alleviated by a combination of methods such as rest, ice and taping, and acupuncture is also very effective for this type of pain. Specific strengthening is required in order to correct the muscle imbalances, and tight areas are released by stretching along with soft tissue release techniques. Once the pain has subsided, functional rehabilitation takes place in order to prevent it troubling you again. This, as with all our treatments, will be tailored to your goals whether that involves running a marathon or walking up the stairs in your house pain-free.

The Achilles tendon is the tendon that connects the calf muscle to your heel bone. Achilles tendinopathy is an umbrella term that describes a problem with this tendon, but generally this can be either an inflammation (tendinitis) or a structural remodelling problem related to long-term overuse (tendinosis). The inflammatory problem has previously been overdiagnosed as it now appears that a tendinosis is far more common. It is often seen in runners due to the repetitive nature of the sport which can lead to lots of overloading of the tendon and surrounding tissues, particularly if there is not enough rest included as part of the training programme. A thickening of the tendon can often occur which can feel like a small (or sometimes much larger!) lump on the Achilles.Following diagnosis, treatment tends to involve a specific strengthening and stretching programme along with soft tissue treatment techniques, mobilisations of the ankle and sometimes acupuncture. As it begins to improve, focus will be shifted towards functional re-training as well as identifying any problems that may have predisposed the injury in the first place, such as tight or weak muscles either near the Achilles or further up the leg. The training programme will also be adapted in order to avoid a recurrence in future. This will not necessarily involve a reduction in training quantity but will likely involve some increased variety and should also lead to improved performance. Whether it is elite level sport you want to return to or just get back to doing some jogging, the condition is very treatable and the sooner you get it seen to, the quicker you can get back to your running.