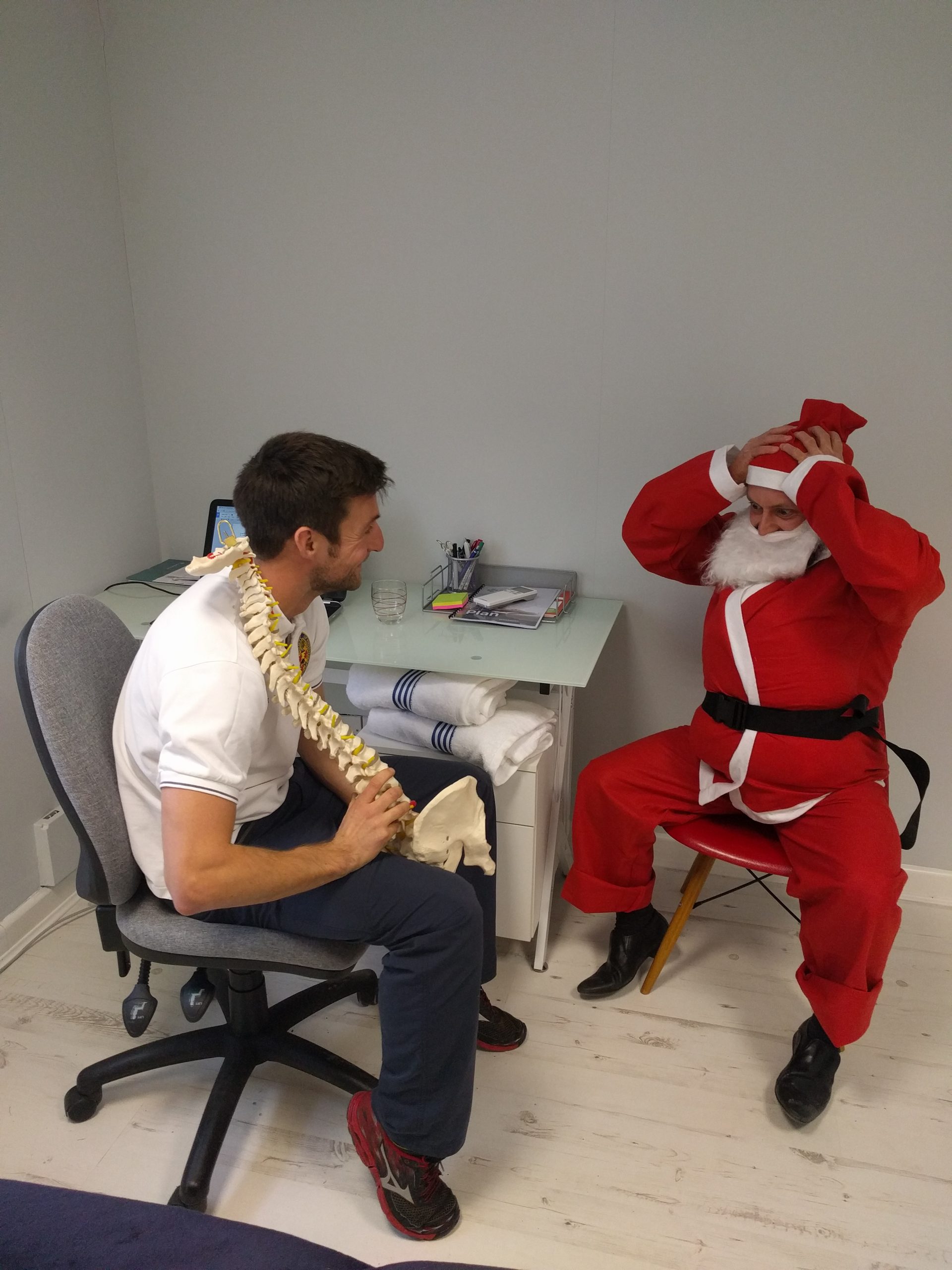 With all those presents to carry, plenty of mince pies to eat and lots of time to relax over the summer, Santa put on a bit of weight and this does seem to have contributed to some increased loading of the muscles, joints and discs in his lower back.

The pain was bothering Santa all the way down the back of his right leg as well – with just less than two weeks to go until Christmas this wasn’t good news! 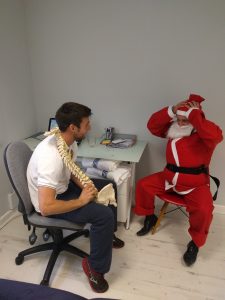 Tom to the rescue

Santa was booked in to see Tom again and he quickly identified the cause of the problem – phew!

First Tom set to work with some manual treatment to deal with the symptoms and then gave Santa some exercises to mobilise the back.

When Santa did Pilates

Tom suggested Santa try Pilates to improve his movement and get him ready for the 25th so he signed up to a few lessons a week with Suzanne and Jen – and Suzanne is off to the North Pole next week for a final session in the Grotto ahead of the big day.

After just a few weeks the symptoms were gone and Santa was back to normal – he’s even showing up some of our regulars with his exercises!

Tom gave Santa some slow rotation exercises to remove some stiffness in the lower-back first thing in the morning and this should be gone in plenty of time for Christmas, much to Santa’s relief

In the longer term we’ve told Santa to try cutting down on the mince pies and sherry and hopefully he’ll do some more exercise over summer much to the delight of Mrs Claus!

After he’s all done with Christmas we’ll also show him some more advanced strengthening exercises, and Suzanne and Jen will continue to challenge him in his Pilates classes