How do we detect pain?

How do we detect pain? 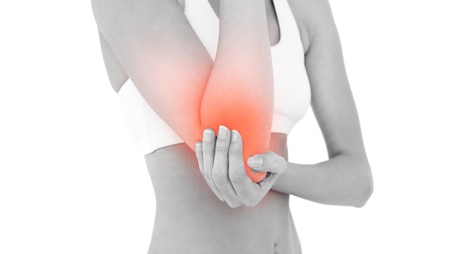 We’ve all been in pain at some point, whether it’s stubbing your toe or as a result of a more serious injury but whatever the cause it’s less than ideal.

Pain is a complex subject but here we’ll talk about the most basic – nociceptive pain.

But first – the back story.

Pain is basically the body sending a warning signal that tells you to stop doing something as you’re endangering yourself. In this image we’ve used a pretty common problem, stubbing your toe, as an example.

This is what happens:

Pain is not just affected by the stimulus along the nociceptive nerve but also by other factors – so if you’ve picked up an injury from sports and not really noticed until later this might sound familiar.

This goes back to the early days of humanity – imagine you break your ankle as you’re being chased. Unless there was anything mechanical in the fracture that meant you physically couldn’t move, then you’ll keep running until you’ve escaped from danger. When you’re safe and relaxed the pain will appear.

Now it’s unlikely that you’ll be chased by a lion across Wimbledon Common or Richmond Park, but a key part of good physio, particularly in the early stages, is around pain modulation.

For example, if you get your back clicked/cracked/mobilised there may be a certain amount of improvement as a result of mechanical factors, but more often than not there is a growing belief and understanding the main quick improvement in pain may be down to pain modulation. But this is a much bigger topic and one for another blog

So if you’re experiencing pain in movement or during certain activities get in touch – it’s your body’s way of telling you that all is not well and it’s a good time to get things looked at.